Come and meet our extraordinary winners…

This community association does extraordinary work to integrate Islamic people coming mainly from Western Africa into the territory of Tapada das Mercês in Portugal. It supports over 400 families by carrying out social and cultural activities such as after school activities for children, Portuguese lessons and trainings to develop personal, professional and social competences. acitm.wordpress.com

Migrants Rights Centre Ireland (MRCI) works for justice, empowerment and equality for migrants and their families in Ireland. Mohammad Younis, a Pakistani national, became an MRCI migrant leader after experiencing exploitation in the workplace. Despite the risks he faced in speaking out as an undocumented worker, Mohammad Younis courageously campaigns to ensure justice and rights for all migrant workers in Ireland. mrci.ie

U Maung Maung from Federation of Trade Unions-Myanmar

For over 20 years, Maung Maung has played an essential role in the survival – and now growth – of the trade union movement in Myanmar. In 2012, Maung Maung was in direct negotiations with the government which paved the return of the Federation of Trade Unions-Myanmar (FTUM) to Myanmar (from exile in Thailand). Now, there are laws in place providing a legal framework for trade union activity in Myanmar.

The Center for Human Rights Legal Action (CALDH) has been a driving force in working for justice to be done and the truth to come out regarding the terrible abuses that the Guatemalan people faced during the internal armed conflict. Starting in 1960, it lasted 36 years and caused more than 200,000 deaths and disappearances of civilians according to the UN. Notably, CALDH has supported the Ixil communities in pressing charges against former General Efrain Rios Montt (in power from 1982-83) for genocide and crimes against humanity. caldh.org

Richard Wilkinson and Kate Pickett are advocating to reduce income inequality in order to improve the quality of life. Through analysis and dissemination of the latest research and robust evidence-based arguments (notably with the book “The Spirit Level”) associating various issues such as health issues, crime and teenage problems with social justice, they conclude that the less the differences between poor and rich, the greater the benefits for the entire society. equalitytrust.org.uk

Warm Greetings from the FTUM,
Since the founding of the FTUM we have worked to restore democracy, human rights, social
justice and trade-unionism for Burma and the people of Burma.
The FTUB is implementing through three dynamic aspects..
Inside Burma
• Re-building trade union through encouragement and empowerment
• Combating Forced Labour, Child labour abuses
• Collect and report Freedom Of Association (FOA) violations
• Educates an extensive training and development program for unions
• Document and Research on labour and economy
Along the border
• Raising awareness on trade unionism within the ethnic communities along the border
areas of Burma.
International
• Presenting the conditions of the working people at the international organizations ie;
ITUC, ETUC and at the International Labour Organization(ILO)
• Builds links with other international trade union bodies
• Campaign on economic and social issues that will benefit the people of Burma
We are confident that through the consistent work of the trade union members inside Burma,
the work of the labor activists of Burma, the Federation of Trade Unions Kawthoolei, the
Rakhaing General Workers Union, the Federation of Trade Unions Chin, the Naga Labor
Union we will achieve Freedom of Association and recongition of workers rights in Burma.
We hope this blog will also help show how the ILO mechanism works, how much the
members of the ILO and the ILO office itself has helped in raising awareness of workers
rights denials in Burma.
Maung Maung
General Secretary
Federation of Trade Unions-Burma 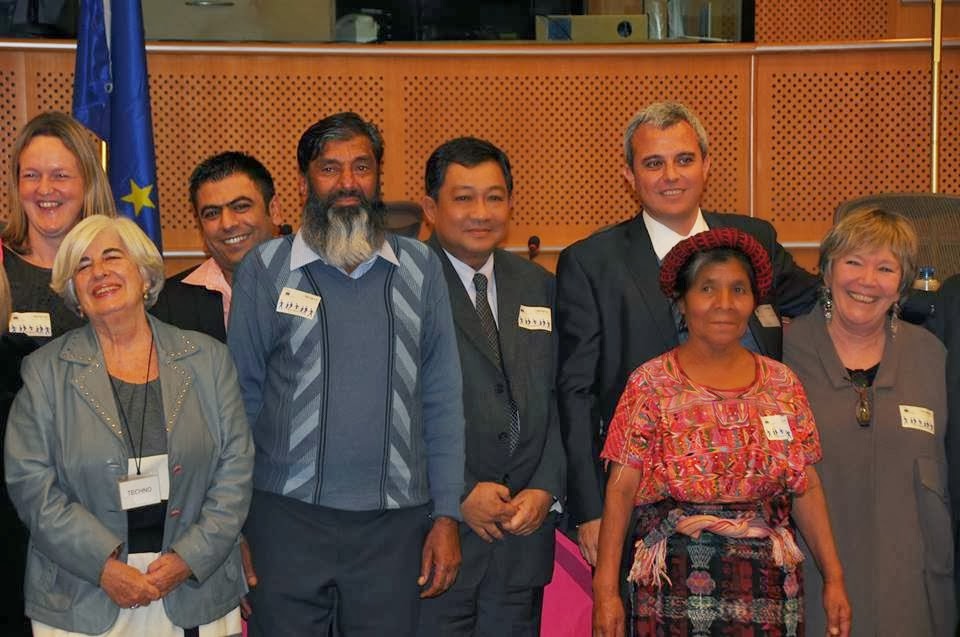 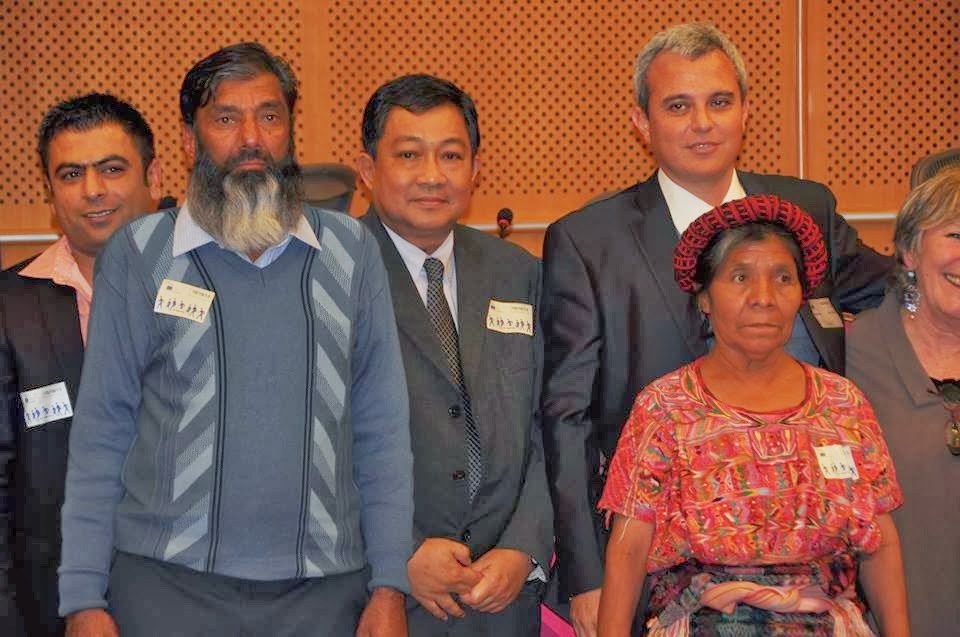 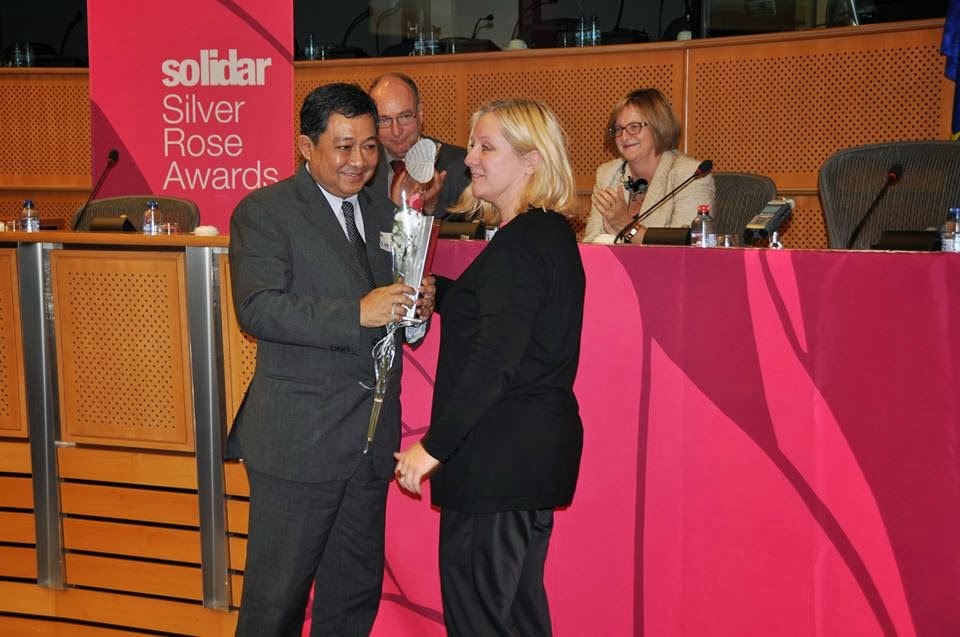 Brief history of Trade Unions in Burma
Pre- Second World War
On 31 Jan 1940 All Burma Trade Union Congress (ABTUC) was founded by Thakhin Lay
Maung and Thakhin Ba Tin.
In March, 1941 All Burma Trade Union Congress (ABTUC) was re-founded again by
Thakhin Ba Hein and Thakhin Ba Tin.
During Second War (1941-1945)
1941 to 1945, Burma was occupied by the fascist Japan; as a result, Unionization and
development of trade union in Burma was so weak and banned by Japanese fascist.
After Second World War
24 May 1945
ABTUC was reformed by Thakhin Kyaw Sein and Thakhin Hla Kywe.
4 Jan 1948
Burma gained indepedence from Great Briton after hundrea years of colonialism.
1949
The Trade Unions Congress of Burma (TUCB) was initially formed with assistance of the
Anti-Fascist Peoples’ Freedom League (AFPFL) and led by U Ba Swe and U Than Tun.
1950
The Burma Trade Union Congress (BTUC) was formed by Thakhin Hla Kywe and Thakhin
Thwin.
1958
The Union of Labor Organization (ULO) was formed by U Thwin and U Raschid.
1958-60
Caretaker government, led by army Chief of Staff General Ne Win, formed following a split
in the ruling AFPFL party.
1962-1988
Since 1962 March, 2 , a day of military coup, led by General Ne Win, all civil society
organizations, including student unions, workers unions and independent journalist were
abolished. Unionization and Trade Unionism was weak during the Gen. Ne Win' Burmese
Socialist Program Party (BSPP), a totalitarian regime of Burma.
1988
Student initiated people power erupted, civil society was reactive. Knowing that the students
were saying what their parents were suffering under Gen. Ne Win' mismanagement, the
workers came out in their support. During the 1988 people power uprising, the trade unions
were formed in all the economic sectors, including the military and .
The All Burma Labour Union (ABLU) was formed at the Htan Ta Bin High School, Heldan
Township, and Rangoon in September, 1988. The Trade Unions took up demonstration and
stopped work in accordance with the call of the student union.
18 Sep 1988
Military junta coup again and led by Gen. Saw Maung et all. All unions were banned and the
leaders forced to either resign or be arrested.
1991 - Present Day
The Federation of Trade Unions-Myanmar (FTUM) was formed in 1991, by exiled workers andstudents who had participated in the 8 August 1988 people’s uprising.